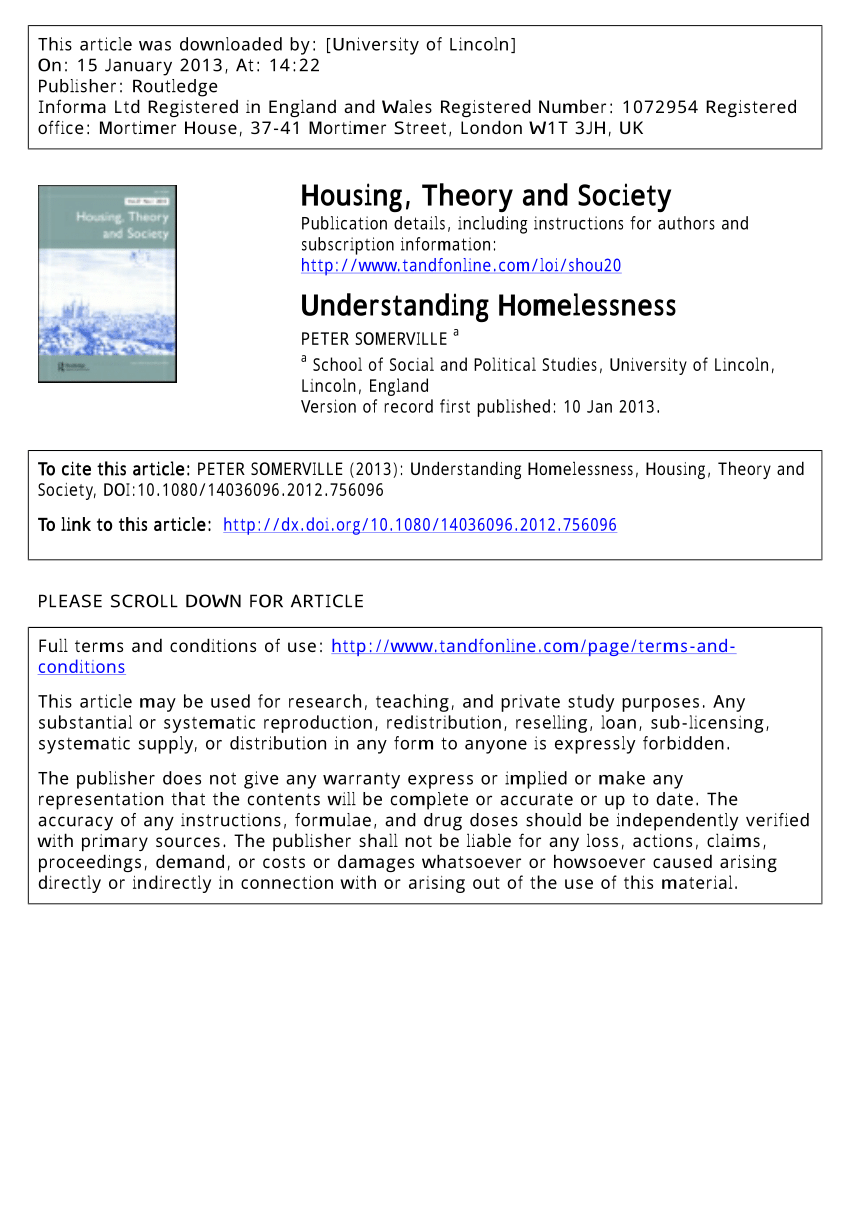 Sociological imagination, as coined and defined by C. If we help eliminate homelessness we will also benefit. London, UK: Routledge.

At the centre of such a strategy is a particular focus on assuming the problem of homelessness was the fault of the homeless themselves.

This practice of 'conscientisation', where through questioning everyday experiences it is possible to make critical connections, in turn exposes the injustices and contradictions that exist in social life. When the media was raised as a possible reason for participants drawing the images they did, many reasoned that there was not enough media focus on the issue of homelessness, and when there was, the coverage was often critiqued for being overwhelmingly negative. The numbers of homeless people soared. The feedback from building construction experts was obtained through questionnaires. Wright Mills, writes, '[a]lthough the public messages about homelessness may include individual blame and social pathology, both the creation and the solution of homelessness lie with public policies. They live in abandoned buildings, cars, buses, boxes, on park benches and underground. No matter what your skills, interests, or resources, there are ways you can help make a difference for some of the many people who are homeless. What most forget is that they are also people. By skilfully posing questions, rather than giving answers, critical connections emerge from the dialogue. These numbers do not account for those who did not use emergency housing shelters, but were defined as homeless. Hutson and Liddiard : 75 write of how homelessness is often presented in the media as 'an unfamiliar and mysterious problem' despite being 'quite visible and not physically hidden'; an issue which, in the guise of rough sleeping and street begging, people are often strikingly exposed to but rarely at a level which creates engagement or understanding.

Such a fear echoes Ignatieff's : 11; Ray label of Western audiences as 'voyeurs of the suffering of others' and Brendan Gormley's former Chief Executive of the Disasters Emergency Committee critique of the 'disaster pornography' used by charities requesting donations in the wake of the Haiti earthquake in see Breeze and Dean Methodological tensions in creative visual research with children.

To take Mead literally, these drawings suggest that perhaps participants cannot handle the realities or complexities of homelessness so reduce it to stereotype and caricature, reproducing only common representations, even though the participants' contributions in the following discussions clearly show a greater knowledge about the subject, as well as emotional relationships with the issue, driven by care, guilt, worry and distress.